The Face of Poverty You Don’t See on TV! 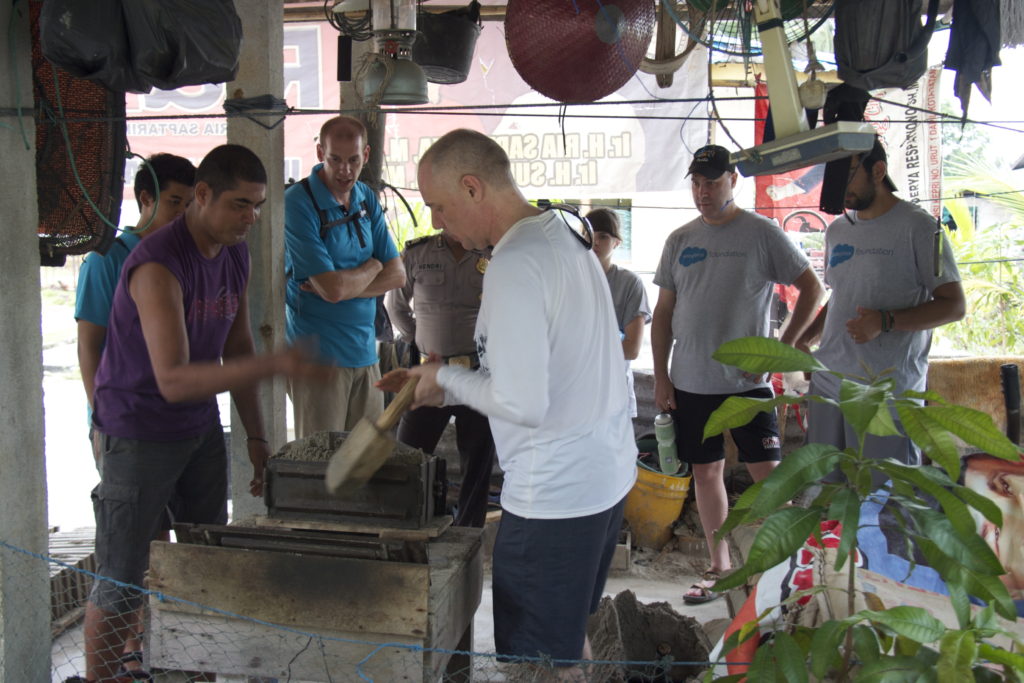 I have never really thought about poverty other than as a thing that happens to other people. It is likely that the televised images of African poverty from the 1970s have been the imprint for what I believe poverty is. Poverty is a swollen-bellied African child who is alone and crying. I can still remember the lyrics of the song that was played during the commercial that showed these images while asking for money:

We while away the hours

In our ivory towers

Are these children even ours

Love can’t wash away the tears

I cannot guarantee that these were the exact lyrics.

One thing I can guarantee is that these television appeals formed the view of poverty that I have carried for the more than forty years since: poverty is hunger and suffering and what we need to solve poverty is money. I have had no need to reevaluate my understanding of poverty since — until Venture2Impact offered me the chance to volunteer in Indonesia.

I would like to claim a flash of inspiration and introspection that opened my mind to the reality of poverty but my path was much more mundane and, in many ways, selfish. Imagine a train of thought that goes along these lines:

Over coffee, Fadi explained that Venture2Impact was looking to build on their successful work in Uganda that reduced poverty in Ugandan communities by building long-term relationships with the communities. They strove to address issues that underlie poverty and provide an environment where people can grow. The opportunity to volunteer in Indonesia was the first step toward building similar relationships in Southeast Asia.

My fears were allayed. I was confident that I could help. I was in.

Getting back to my expectations around poverty — as much as I tried to enter into the journey with an open mind, a part of me was still expecting to encounter 1970s African poverty. Instead, I found people living in circumstances that reminded me of stories my father told about growing up in rural Prince Edward Island (PEI), Canada in the 1940s. The Indonesian families we visited had food to eat, roofs over their heads, and clothes on their backs. I was not even sure I was seeing poverty.

To recognize this as poverty would have been to recognize that my family had lived in poverty and they would have mentioned that. In fact, rural PEI in the 1940s was quite poor. There were few jobs and a lot of food came from the water and the land. My grandmother has long said “there was always enough to eat but a little variety would have been nice.” As Canadians, we pride ourselves on access to healthcare. This did not begin happen until the late 1950s –later on PEI. We now have sewage treatment and waste recycling. In the 1940s it was outhouses and dumping in the woods.

This is the poverty I saw in Indonesia. It was an isolation that restricted access to medical care and education. It was an inability to build beyond the status quo of fish and lumber. It was a view of life focused on the immediate needs of food and shelter to see the potential for the future. It was not starvation and sadness. It was stasis and limits.

That does not mean that people were unhappy. Children played together and families looked after the children. The communities took care of themselves in lieu of a strong police presence. There was music. People smiled. This was so close the to stories of the “good old days” on PEI that I’m sure that if I swapped “hot” for “cold” and “rough water” for “muddy roads” I could not tell which was which.

My focus on wanting to do something meaningful caused me to glean over a couple of the thoughts I started with when I first considered volunteering in Indonesia. I considered them of lesser importance at the time. I will end by addressing them. Travelling to Indonesia was indeed neat. The chance of getting sick was very small and I was fine. Most importantly, the trip was very meaningful to me, in a way I had never expected. I see my past and my parents very differently. The roads, healthcare, sanitation, and education that are now commonplace in Canada helped them. These improvements removed restrictions that kept people focused on getting enough for today and allowed them to look to the future. I would be very happy if some of the children I met on the trip can say the same when they are older.