“Volunteering taught me to lean in” — David Alston 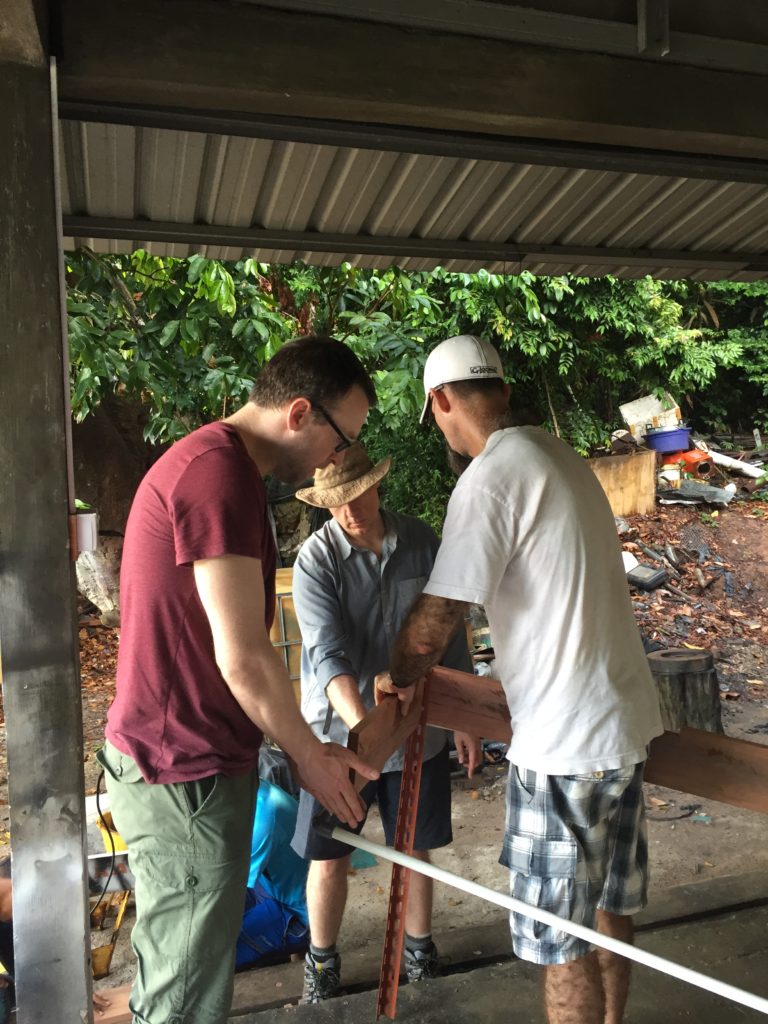 I had always had visiting Africa on my bucket list since as far as I can remember. I always knew that I would come away from a volunteer trip to the continent with a different perspective on the world. After traveling to Uganda with V2I that change in thinking most definitely happened. But the lasting impact of the trip played out in a way I never would have expected.

When I was in Uganda and meeting the villagers I was reminded about the power of community in terms of collectively solving problems. Much of what has happened in North America in the past 30 years has seen people striving for financial independence which has also generally paralleled an increase independence from their neighbours. Now while this may be good in some respects it also sacrifices a valuable set of relationships which can help in times of need or to help rally together to solve a shared problem.

I also discovered that there are various forms of poverty and richness. While many, whom I met in Uganda, may not have had a lot of financial means at their disposal they were very rich in terms of relationships (family and community), spiritually, and overall happiness. Compare that with North America and one often sees how things are completely reversed.

The last big insight I gained was related to how people simply leaned into a problem and gradually started to solve it, one day at a time, community members working alongside one another. Considering their lack of physical and financial resources, comparatively speaking, you would think that attempting to tackle problems would be too daunting. Not so. In so many respects we have so much more at our disposal in North America but yet culturally we have convinced ourselves that often we don’t have what it takes to make a dent in issues.

It was at a local awards event, several months after my African journey, that I was given the task of accepting a company award and giving the ‘thank you’ speech. It was on that stage where it all came together for me in a single moment in time. Many of the previous winners had been talking about the lack of students selecting post-secondary studies in computer science and how that was restricting the industry’s growth. I hadn’t heard anyone talk about the lack of exposure to coding in the K-12 system. I had experienced an opportunity to code when I was in junior high school and it was that opportunity which had helped guide me towards the various careers I had had as an adult. I decided to briefly share that story while up at the mic and to do one more thing. It was something that perhaps I may not have done if it had not been for my volunteer experience. I issued a challenge to the then Premier, David Alward, sitting in the front row, to bring coding back into the classroom AND I publicly stated to all my peers “..and I will be the first to volunteer to figure that out.”

I had decided to lean in on a problem. The rest is history in terms of what happened next (part of which is captured in a CBC documentary called Code Kids, www.codekids.ca ). That journey then inspired dozens of additional “lean in’s” for me, working with hundreds of others to try to tackle various problems throughout our region all through volunteering our time and sharing our knowledge and passion for a better way.

I recently joined V2I once again as they journeyed to Indonesia. It was amazing to be inspired by yet another culture and community to begin the brainstorming with others yet again to figure out how we can lean in.

Do you want to have a life transforming experience? Learn more about our upcoming volunteer trips and how you can get involved!